Notes:
1. This is documenting a Tower Clock that I installed in January 2015. It has been running successfully since then. Given that background, some of the code might not be compatible with current versions of the Arduino environment.

2. This is in effect the prototype – the problem with making a “one off”. If I was to start again, knowing what I now know, I would probably do some things differently.  It was also done as a hobby on a shoe string budget.

The clock is in the top of a church tower in a rural area. 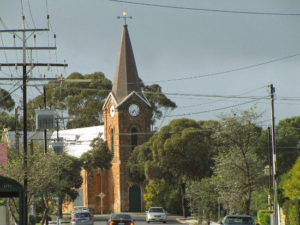 The original clock was installed in 1856, but it has had its mechanism updated a little since then. 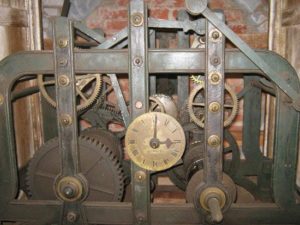 However it again needs work, costing far more than what the church can afford.  The solution here involved disconnecting the minute drive from the original clock and connecting an electric motor in its place.  The hour hand is then driven by the original gears.  The bell hammer is also now driven by twin electric motors.  The installation has been done in a way that it can be totally removed and the original clock put back in operation, if that is ever desired. 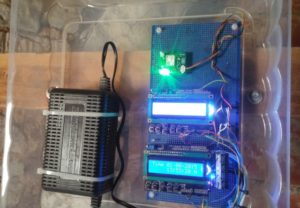 The clock gets its time signal from a GPS receiver, which is processed by one Arduino UNO.  The decoded information is then passed on to the second Arduino UNO which has a motor drive shield to drive the clock hand motor and the bell motor. 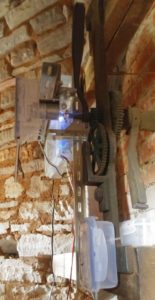 Both motors are 12V and have 131:1 gear boxes fitted.  The bell is actually driven by two motors working in tandem on either end of a shaft, which then drives a wheel on an arm, which drives the hammer. 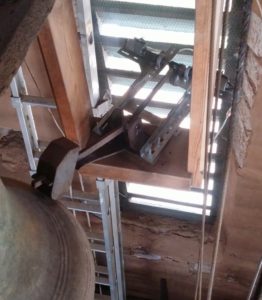 The clock motor has an encoder attached.  The position of the bell motor is done by measuring the current draw.

The clock hands have magnets on their counterweights which are detected by hall effect switches.

If you are interested in more information, ask me.